Are You a Member of the Mile High Club? 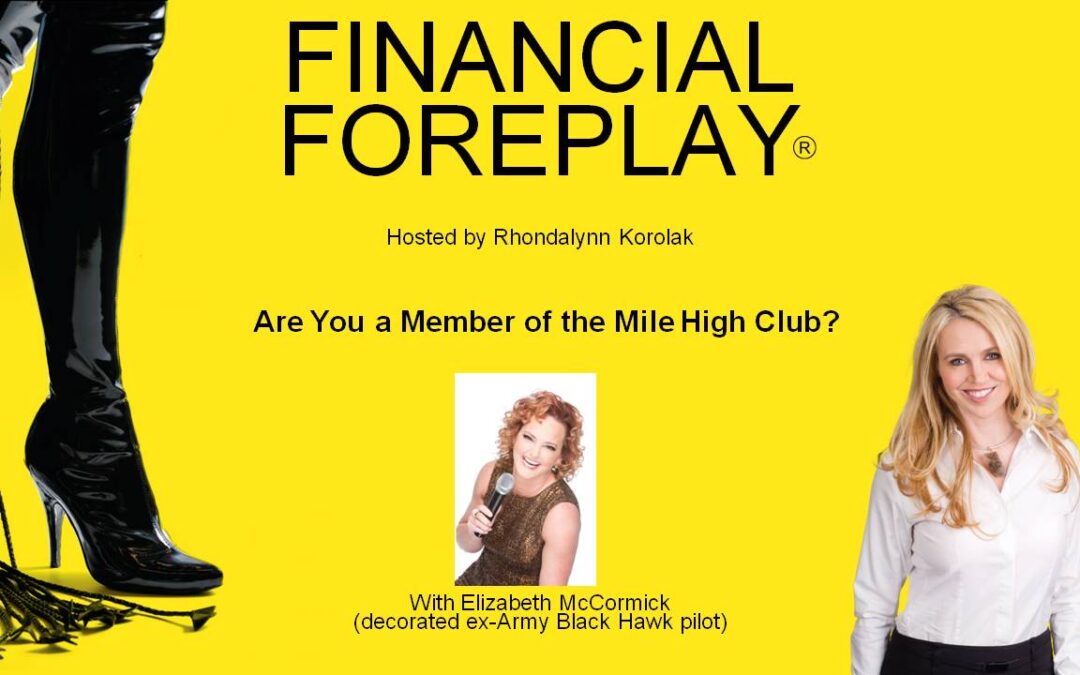 Financial Foreplay® Podcast
Are You a Member of the Mile High Club?

You might be surprised to hear that the term “Mile High Club” dates back to 1914. Apparently a young aviator named Lawrence Burst Sperry invented the first prototype of the autopilot system.  Basically it made manual or “hand flying” redundant and it kept the aircraft steady for a long period of time, freeing up the pilot to turn his/her attention to other matters in the cockpit.

Just a couple of years later, Sperry made the news again when he and a female companion were rescued in the Atlantic Ocean after their small plane crashed. When the rescue team arrived on the scene, Sperry and his female friend were completely naked, and they alleged that all of their clothes (including the really tricky bits like underwear, socks and shoes) had been mysteriously ripped off when the plane hit the water. As you might imagine, the journalists had quite a lot of fun with their headlines and the “mile high club” was born.

Now some of you might be thinking – well that’s a great story but what does that have to do with our guest today.  And my answer to your question is “nothing… and yet, everything”.

Elizabeth McCormick not only shattered the glass ceiling in the military as a Black Hawk Pilot, she went on to do it again in her corporate career as a global contract negotiator and motivational speaker. She is also a founding member of the John Maxwell Team of speakers, coaches and trainers, and is a #1 best-selling author of The P.I.L.O.T. Method.

Today I have invited Elizabeth here to talk about world best practices for setting up your organization to work without you – i.e. on autopilot. She’s a leading expert on leadership and team building and I have a sneaking suspicion that the stories she is about to share will blow you away and her advice is going to be invaluable to you today.

Master your Motivation- get your complimentary online course at:   http://SoarYourLife.com